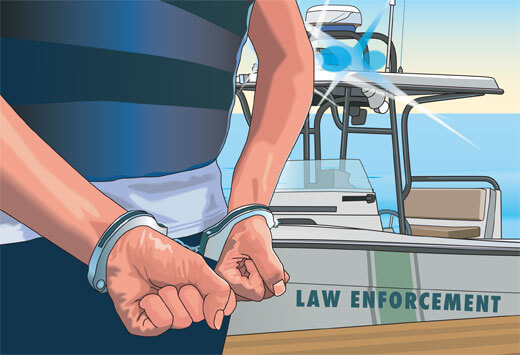 Law enforcement will be out in full force this 4th of July Weekend. You better believe they are looking to make some arrests on Lake Sammamish and Lake Washington for BUI. Operating a boat impaired is a danger to the public and the rest of the people on the water. Being alcohol-free is the safest way to enjoy the water. The Washington campaign for BUI is Operation Dry Water.

You can be convicted of a Washington BUI Lake Sammamish, Lake Washington under 3 scenarios:

The law, RCW 79A.60.040, applies to all boats, motorized and non-motorized, which includes, kayaks, canoes and rafts that are being operated under the influence on Lake Washington or Lake Sammamish.

But here is the truth: it is legal to drink alcohol and enjoy being out on the water on a boat. Unlike when operating a motor vehicle on the roads, there is no law prohibiting the consumption of alcohol while operating a boat on Washington waters.

How will I likely be arrested for BUI on Lake Sammamish or Lake Washington?

The most likely scenario is if you have a lot of people on your boat, are listening to loud music, and everyone has a beer or solo cup in their hand. Like a shark to blood in the water, law enforcement will move in for the kill.

Unfortunately, you do not have much protection against invasions of privacy by law enforcement while out on the water. Reasons law law enforcement can stop your boat in Washington are this: they don’t have to have a reason. Law enforcement officers have the authority to stop and board your vessel to check for compliance with state and federal laws. While they are “checking for safety compliance,” in reality they are looking to make  a BUI arrest Lake Sammamish, Lake Washington.

What do I do if I am boarded?

Law enforcement will ask “Who is the designated operator?” They will then direct all safety compliance questions to that person. During questioning, they are looking for signs of intoxication, including slurred speech, blood shot watery eyes, smell of alcohol, and fumbling around for things.

Make sure the other people in the boat are paying attention. They will later serve as witnesses to your sobriety and are important fact witnesses to contradict law enforcement’s story that you were intoxicated.

Do I have to do field sobriety tests?

Absolutely NOT. A law enforcement officer who has reasonable cause to believe that a person operating a boat might be under the influence of alcohol, drugs or a combination of the two can ask that operator to submit to waterside testing. Like roadside testing in a DUI stop, the operator isn’t required to submit to any of those tests. Those include field sobriety tests when the law enforcement officer might sound as if he or she is demanding or commanding testing. Listen carefully, and he or she is only asking for testing. Politely refuse those tests “on the advice of your lawyer.” There are no consequences to refusing waterside tests, but if breath alcohol testing at the station is refused, there will be civil consequences as discussed below.

Why should I refuse waterside testing?

The law enforcement official will use waterside tests and your behavior to articulate the “reasonable ground” for suspecting BUI in order to lawfully arrest you. The important takeaway here is that there has to be more than just seeing an open container of alcoholic beverage on the boat. For example, a frequently-cited ground for detaining a vessel is when they observed the boat to have a visible wake in a “no wake” zone. But reasons like this can be challenged in court. Bellevue BUI lawyer Banks Law Office will fight the officer’s reason for arresting you for Lake Sammamish, Lake Washington BUI. We will fight to get your charge dismissed or reduced.

Unless you haven’t consumed any alcohol or ingested any marijuana, it’s recommended that you don’t perform field sobriety or any other type of sobriety or drug testing. If you do submit to testing, you’re likely giving the law enforcement officer who stopped you more reasons to place you under arrest for Lake Sammamish, Lake Washington BUI. You’re also giving a prosecutor more evidence to convict you with. Your performance on waterside testing will likely be recorded and shown to a jury. Politely refuse any testing whatsoever without a search warrant. Whether you comply with all test requests or not, your boat is probably going to be towed to an impound facility anyway.

Can I refuse the breath test?

After you are arrested for BUI on Lake Sammamish or Lake Washington, the law  enforcement officer will take you back to the police station for a breathalyzer test. Can you refuse the breathalyzer at the station? The short answer is Yes, you may refuse the test. However, there are serious consequences. If you do refuse, you will automatically receive a $1,000.00 fine. Further, RCW 3.62.090 (the public safety and education assessment) adds 105% to the penalty, so the total fine could be up to $2,050.00. Ultimately, the decision is up to you to refuse.

What law enforcement agency can stop you?

You don’t want to be under the thumb of law enforcement, a prosecutor or the courts under any circumstances. Just because a Washington BUI doesn’t carry the same consequences as a DUI doesn’t mean that that you don’t need a knowledgeable and experienced attorney at your side who will require the prosecution to prove its case against you beyond a reasonable doubt. A BUI Lake Washington, Lake Sammamish conviction will likely require compliance of the same sentencing conditions as a DUI. It just doesn’t have the same penalties.

Don’t give the prosecution the evidence it needs to convict you with a Lake Sammamish, Lake Washington BUI. Unless you haven’t been drinking or used marijuana, don’t take any tests, and call us right away. Protect and preserve your rights. Without a search warrant, law enforcement can’t make you take any tests at all on a BUI. You may have felt intimidated when law enforcement stopped you and later charged you with a Washington BUI, but defenses and alternatives exist. Retaining a knowledgeable and experienced Bellevue BUI defense lawyer can turn a case around while protecting your liberty, job and future. Contact us right away after any Washington BUI arrest for a free case consultation and evaluation. We’ll give you the best BUI defense that you can get for Lake Washington, Lake Sammamish BUI.

I hope you have a fun, safe, and enjoyable 4th of July out on the water!