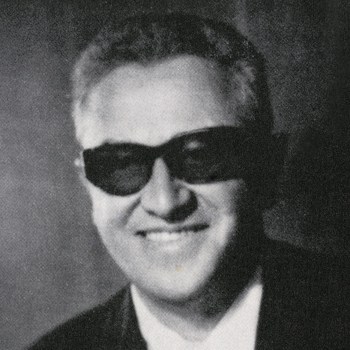 Moe Levine (1908-1974) is one of the greatest trial lawyers of all time. Moe’s ideas are timeless and are more relevant today than ever. According to Trial Guides, only two videos of Moe Levine are known to exist, and The Summation (filmed in 1966) has been secretly handed around by the nation’s leading trial lawyers on old VHS tapes for decades. In The Summation, Moe talks about the philosophical approach to closing argument in personal injury cases. He addresses how to talk with the jury about both liability and damages. The Summation beautifully blends inspiration with practical advice and you will find yourself listening to the audio CD in your car and watching the DVD over and over again. My review below covers just a few of the concepts Moe talks about in The Summation.

Moe begins with the idea that advocacy is an art, not a science, and he gives his reflections on the nature of advocacy: it’s purposes, it’s goals, and some of the methods of expressing and fulfilling the art.

A Meaningful Verdict – The Jury as the Voice of the Conscience of the Community:

In considering the nature of a jury, Moe suggests understanding the philosophy and motivations of the jury.  Lawyers should begin with the presumption that the jury is not there willingly. Forget telling them what a great honor it is for them to serve as a juror because for them it is not. They have been taken from their lives, taken from their work, taken from their families, and forced to come to a courtroom to listen to the problems with which they are relatively unconcerned. Jurors would prefer not to be involved in this type of nonsense. So Moe teaches us to presume that the very least a jury may wish will be that the verdict which they will eventually render will have been a meaningful verdict.

What is a meaningful verdict? For Moe, a meaningful verdict is a verdict in which the juror, when he is allowed to talk about the case after he has decided it, can go back home and say to his wife, children, neighbors, ‘Neighbors, I was just on a case. These were the facts. This is the decision I made,’ with the expectation that the decision he rendered upon the facts and arguments that he will present will be acceptable to his community.

So how do we talk with the jury about finding a meaningful verdict? One of the most powerful ideas Moe presents in The Summation is that the jury is “the voice of the conscience of the community.” An example Moe provides to illustrate this concept is a slip and fall case, and he would say to the jury in closing argument: “You tell all the people in this town who run stores of this kind what you expect their conduct to be. Because you, the voices of the conscience of this community, will determine what the standard is.”

The necessity of reframing issues has exploded in recent years with the progress of concepts like “Rules of the Road” and “Reptile” style of trial advocacy. An oversimplification of the technique is to frame the issues in your case so each juror feels personally involved with enforcing the community’s rules the defendant violated. As you will see in The Summation, Moe was reframing issues for the jury over 40 years ago.

It’s Not What They Take From You, It’s What They Leave You:

Moe’s approaches to damages are as brilliant and timeless as his ideas on liability. He explains what he feels is the most important concept in damages: “It isn’t what they take from you that constitutes damages, it’s what they leave you.” Moe’s idea is that rather than calculate what the plaintiff has lost, the analysis focuses on where the plaintiff is left after his injury. Moe provides a number of examples to illustrate. He asks, “Suppose you had a million dollars, and I took five hundred thousand dollars away. I would have taken a great deal of money from you but I would have left you with a half million dollars. And when you think of it that isn’t too bad and you are not left really resource-less. But suppose you had one dollar, and I took the dollar away from you. You didn’t have very much, but I took it all. I left you with nothing.” In another example, he states that “in the darkest night the smallest candle makes the darkness tolerable. You blow out the candle, and you are left with the abysmal fear of blackness: no light left. You have taken it all.”

Moe teaches that it is not necessary to make your client look worse or more damaged than he really is through the use of excessive stretching of before and after. Instead, consider showing that before the injury causing incident, your client didn’t have much, and focus on what your client is left with, because when you don’t have much, losing even a little means a lot.

Throughout The Summation, Moe goes in and out of delivering a closing argument as if the audience is the jury. Then he explains the concepts and nuances of the arguments. This presentation format is helpful because the listener gets to hear how the arguments are delivered, with the pauses, pace, and tone that are essential for communicating these messages.

The Summation is both inspiring and practical. After listening, I think you will find yourself excited about the opportunities your jury trials provide to make our community a better place. I believe Moe will motivate you to think in a new way, a better way, about how you will present your case to the jury.